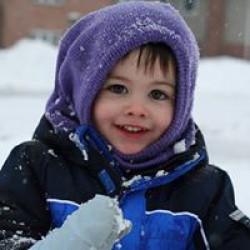 Where the Sidewalk Ends
Shel Silverstein 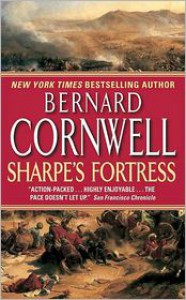 After being disappointed by the previous book in the series, Sharpe's Fortress does not leave you wanting. While it's predecessor fails to provide sufficient detail of a famous battle, this novels lets you live the pain, drama and excitement of what has been called by some as a mere footnote to history. If you read [b:Sharpe's Triumph|328936|Sharpe's Triumph (Sharpe, #2)|Bernard Cornwell|https://d202m5krfqbpi5.cloudfront.net/books/1347650773s/328936.jpg|891842] and considered putting the series aside, please read this one before making your final decision.

This book receives a high recommendation from me. While it is part of a series, I believe it could be read on its own. While some of the characters reoccur, there is some background information given on previous dealings with those characters which help to reorient the readers of the series or inform the first time reader.

The majority of the book deals with the British assault on the fortress of Gawilghur in India. This fortress was considered to be impregnable and the assault on it was considered a fools errand. Having been given an officer commission by Arthur Wellesley, Ensign Richard Sharpe learns how difficult the transition from uncommissioned field soldier to commissioned officer can be. As in the previous novels, Sharpe is forced to deal with his rivals, Obadiah Hawkeswill, Major Dodd and an old foe in the shape of Major Morris reappears. The battles of the fortress and old rival commands the majority of the book.

The read lives the battle at Gawilghur. You are made to feel the hopelessness of the task at hand and are treated to masterfully crafted detail of the planning of the assault all the way to the thrilling conclusion. From reading the afterwards, Cornwell gives the impression that the battle of Gawilghur was treated as a minor and insignificant event. This may simply have been a result of the manner in which the battle concluded.

Cornwell is again masterful in his description of the action. The pace is brisk and siege is fully explored. I walked away from the book feeling as if I had a sense of what could have take place during the siege. The story unfold masterfully. This is HF action written at its best.

In this installment, the character of Richard Sharpe is more fully developed. The character is forced to deal with emotions and the anger and disappointment that when your dreams do not unravel as planned.

As this is one of my few 5 Stars, I do not have much bad to say. My only real criticism is that some elements of the book have become formulaic after 3 books, fight Hawkswill, find a woman, make unlikely friends with some kid. That said, these elements do not form a major portion of the story and do not detract from the novel as a whole.

It is difficult to find commentary on the sex/violence/language content of book if you are interested. I make an effort to give you the information so you can make an informed decision before reading. *Disclaimer* I do not take note or count the occurrences of adult language as I read. I am simply giving approximations.

The majority of the story takes place on an active battlefield and sex does not play a significant role. There are several references to prostitutes in the story but no graphic discussions or descriptions. One character has a penchant for lounging completely naked but again, there is nothing graphic. A sexual encounter is implied on one occasion without any detail save that the parties were unclothed.

There is some minor use of adult language. The main character will swear from time to time but as a rule he tends to avoid it.

Again, violence plays a key role in the book. There are hundreds of deaths in the story and many are moderately graphic and several more so. There are several instances where persons are murdered outside of the course of the battle and at least one is quite graphic as it involves a staged fight to the death. If you seek to avoid violence in your reading, this book will not be for you.